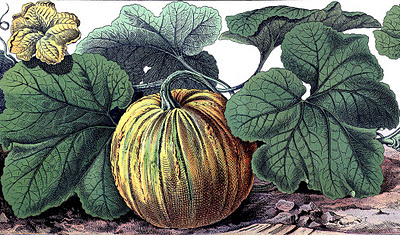 I didn’t plan on starting a new novel. But with a new month starting, and fall in the air, and everyone talking about NaNoWriMo, something got under my skin, and into my brain. A few opening lines came to me, and I’m now off and running.

I’ve only been writing for a couple of days, but I have ten pages and a plot outline, both of which have some potential, I think. I’ll still try to post here every week, to let you know how I’m doing. I hope you’ll check in as well. For those of you who are also working on new stories, we’re all in this together!

Also, I’m hoping to have some photos of our kitchen renovation to share with you soon. Our goal is to have most of it done in time for Thanksgiving; we don’t want to rush it, but it would be nice to make a meal that doesn’t involve a toaster oven and a hot pot.

Speaking of culinary journeys, my mother once enrolled me and my sister in a manners and cooking class at our local community center. The name of the class? Little Miss Hostess. We learned how to set a table, and how to make such delicacies as Waldorf salad and tuna melts. I never had a tuna melt before that, and I still love them. Waldorf salad, not so much.

After the class was over, I became inspired to come up with my own recipes. One featured a graham cracker pie crust, in which I poured a filling of vanilla pudding mixed with chocolate chips. I spread Cool Whip over the pudding and sprinkled rainbow shots on top. To my ten-year-old self, this seemed delicious; actually, it sounds pretty good to me now, like a variation on icebox cake. I debuted the recipe one weekend when my cousins were visiting, and served it to them with great eagerness and more than a little pride, which I now recognize as a tragic case of hubris.

Maybe it was the yellow color of the vanilla pudding, or its viscosity, or the juxtaposition of that yellow viscosity with chocolate chips — whatever it was, when my cousins saw the pie sliced and served, they didn’t see a creative and tasty dessert. They saw something else.

No matter how I tried to explain the true, delicious nature of the ingredients, no one would get close enough to taste them, because my cousins hit the nail on the head: the pie did look exactly like caterpillar guts. I continue to remember that dessert as an example of how something can be not only less than the sum of its parts, but much, much less appetizing.

Just a reminder: I’ll have something cooking this Saturday at 2pm at The Blue Bunny in Dedham with my partner-in-picture book-making, Scott Magoon. We’ll be reading from our books, signing, and doing a craft project with the kiddies. Hope you’ll take a break from bagging leaves and join us!

They grow up so fast
Look what came in the mail today, in a bookstore near you on April 20! Our own colicky baby inspired this story — now he’s six, and we’ve all come a long way. A big round of circus applause to @cordell_matthew @sarahspondanyc @candlewickpress 👶🤡 #kidlit #childrensbooks #picturebooks #books #teachers #parents #librarians #reading #book #authorsofinstagram #writersofinstagram #readersofinstagram #teachersofinstagram #bookgeek #booknerd #bookworm #kidslit #author #childrensbook #circus #clowns
Forget those duct-taped gallery bananas — don’t miss out on owning this exciting piece by a new anonymous street artist! Serious bidders only. (Dead leaf sold separately.) 🍌🎨
View from my new commute 🐦🐦👀
Finishing the holiday break strong with a lil pottery painting 🥚👩‍🎨
When you just want one sweet photo of your beloveds...🙄❤️