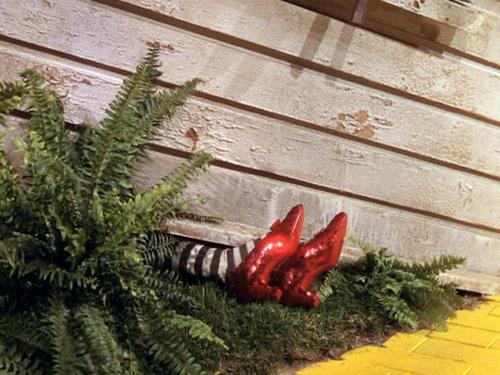 The winners of the Seven Days of Pricklesmas contest are: Gail Minko, Kathleen Harris, Joanne Capriani, Peter McDonald, and Sarah Kopasz. Your Prickly Stickers will be sent out today!

Thanks so much to everyone for playing. Whether you won or not, I have a bonus Christmas story for you…

I went to nursery school at the YMCA in my town. Though my teacher was mean and terrified me, and the other kids liked to tell me I was a little baby who belonged at home (most of them were at least four, while I had only just turned three in August), there was one injustice I just couldn’t abide.

The nursery room was filled with toys. Though most of the specifics elude me now, I do remember musical instruments, giant building blocks that looked like real bricks, and a box of dress-up clothes. In this box of dress-up clothes was the most beautiful hat I’d ever seen: it was a sea green pillbox with matching green netting dotted with pink roses. Unfortunately, I almost never got to wear this wondrous hat, because my assigned seat was across the room from the dress-up box, and the girl who sat closest to it always got to the box, and the hat, first.

Her name was Natalie. That’s all I remember about her, and the fact that she was one of the kids who told me I was a little baby who belonged at home, and that I had reason to believe her, because she was clearly older and a LOT bigger than I was. Each day, our cranky teacher would growl that it was playtime, and we’d all gravitate towards our favorite toys. I’d scramble to the costume box, but Natalie was always there, often already wearing the hat. I don’t know what I ended up wearing, but it was clearly something unmemorable. I was only three years old, and already, life seemed hopeless. But that’s when a miracle happened.

Natalie was absent one day. It was all the opportunity I needed; at playtime, I dashed to the costume box, where the green pillbox was waiting for me. I wore the heck out of that hat all day; it felt as if it had been made for me. For the first time, I didn’t worry about being younger or smaller than the others, or having a teacher who seemed to like yelling at me in particular. I was wearing the HAT, and it was awesome, and that made me feel awesome.

Then, the next day, Natalie was back.

I should mention that it was Christmastime, and our nursery room was decorated for the holidays, with a big tree on which we hung homemade ornaments. The tree was next to the costume box, where I’d sneakily hidden the hat under a bunch of other clothes and shoes and accessories the day before, to give myself some extra time to get to it while Natalie fumbled around (I may have been younger and smaller than the others, but my brain was big, and already devious). This plan worked brilliantly, and I soon had the green pillbox on my head.

“That’s MY hat,” Natalie announced. Any other kids around the costume box seemed to take a big step back.

“No it isn’t,” I said, galvanized by the hat’s awesomeness. “I wore it yesterday, and I’m going to wear it now.”

In a rage, Natalie then tried to grab the hat from my head, and I (in self-defense, Your Honor) gave her a little shove. She stumbled, falling into the Christmas tree, which collapsed on top of her. Only her feet were visible, like the Wicked Witch of the East’s under Dorothy’s house.

The rest of this scene is a blur, though I’m sure my teacher grabbed me by the shoulders and pushed me into a chair, then yelled in my face (her own sadistic version of “playtime”). Whatever happened, it was worth it. Because I don’t remember the punishment; I just remember that hat, and how it felt on my head, and how it felt to stand up for myself for the first time.

Of our two new-ish cats, Lulu (aka Baby Bubs, Big Girl, and Beefy Baby) is the shy and anxious one. She prefers to be in contact with me at all times. Happy to oblige. 😻
It’s time for a cover reveal — and a preorder #giveaway! Preorder REVENGE OF ZOMBERT and you can enter to win one of three Kitty Kits, including a free 30m virtual visit to the classroom of your choice, signed copies of books 1 & 2 and some purrrrrfect swag!
Had half a box of mini Nilla Wafers hanging around, so I threw together a butterscotch icebox cake 😛
Let’s rock
Happening tomorrow! Hope you’ll join me — order #RiseofZomBert and #ReturnofZomBert from @TowneBookCenter and get bookmarks and signed bookplates!
In the spirit of Halloween, thought you’d appreciate this grossness — yesterday I sneezed so hard I ruptured the blood vessels in my eyeball in two places! It doesn’t hurt and should clear up in about a week, but until then I’ve got this…devilish glint. 👁🩸🩸